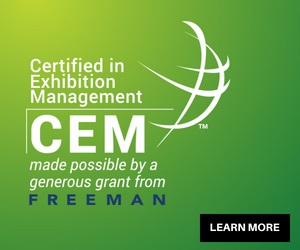 Over the course of the last 18 months several of our Ontario member’s shows have been visited by inspectors from the Occupational Health & Safety Branch of the Ontario Ministry of Labour. The concern with these visits has been that the inspectors have not been aware of the CAEM Health & Safety Guidelines which were recognized by the Ministry of Labour in 2007.  Further, these inspectors have been from the Construction sector of the Ministry’s Occupational Health & Safety Branch and it is evident that they do not understand the nature of the exposition business.

Due to the recent visits by Construction inspectors to our member’s events, CAEM undertook to reopen the dialogue with the Ontario Ministry of Labour. The shift in government in 2018 made this task particularly challenging. Thanks are due to Past President Sherry Kirkpatrick who in her capacity at Workplace Safety & Prevention Services was finally able to make a connection at the highest levels at the Occupational Health & Safety Branch after several months of trying. In September, Sherry and Jennifer Allaby were able to meet with Director of the branch as well as the head inspectors of the Industrial and Construction divisions.  The current situation was explained in broad terms with the key issue being described as a lack of consistency and understanding by the inspectors visiting events. The officials at the Ministry were very positive and welcomed re-opening the dialogue.  They requested a case study document detailing the issues.  To that end the new CAEM Health & Safety Task Force convened in early October to assist in the preparation of this document. The document was sent to Ministry of Labour in late October.

Unfortunately, there has been another shift in personnel at the Ministry with a number of key players retiring and a reshuffling of portfolios to backfill positions. They have acknowledged receipt of the case study document and presently Jennifer and Sherry and working to set up a follow up meeting to discuss next steps.